Yesterday, a small team headed out to Chek Jawa for our regular seagrass monitoring. 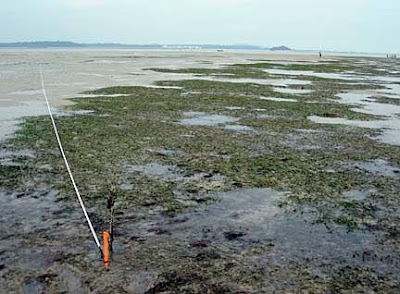 I helped out at Site 2, and did transect 1 which is fast being taken over by the encroaching sand bar!

Here's the folks at Site 1, nearer the boardwalk. 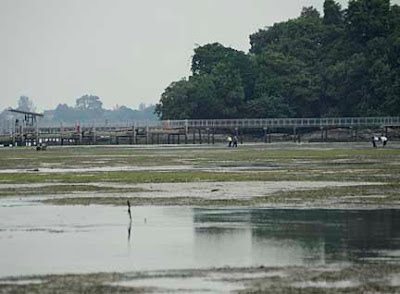 The Water Quality Team are hard at work! 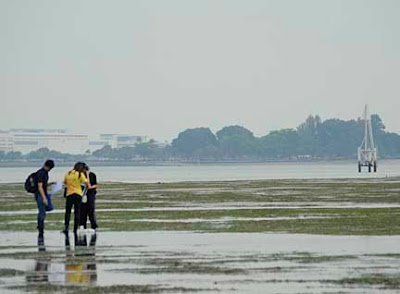 Earlier, we started with a more indepth briefing by Siti, while Marcus and Mei Lin later showed the team real samples of the different kinds of seagrasses found on Chek Jawa. We hope this mini-training before each session will help improve our monitoring.

There is only a tiny patch of Sickle seagrass (Thalassia hemprichii) on Chek Jawa and it lies between our transect 1 and 2 at site 2. Alas, I noticed many of the blades were yellow! 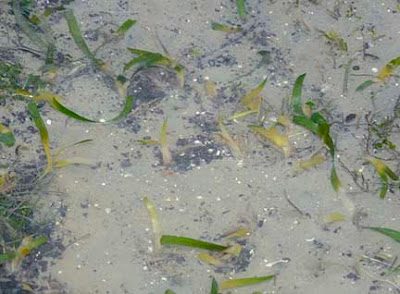 But some of the Sickle seagrass are still fresh and green. 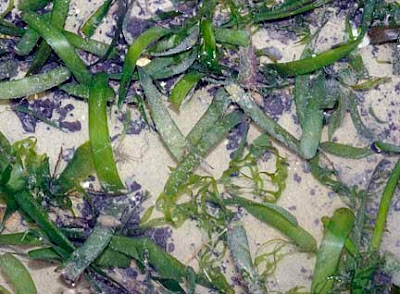 The seaward edge of large stretches of Chek Jawa are cloaked in a fresh green meadow of Fern seagrass (Halophila spinulosa). 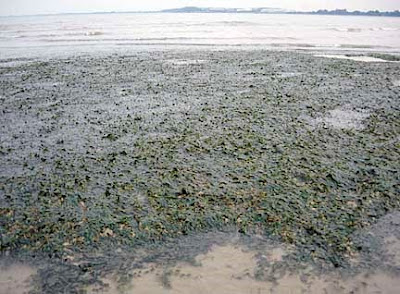 Among the fresh green ferny seagrasses are all kinds of animals from crabs to large sea anemones.

Near the boardwalk, there are nice patches of the rare Beccari's seagrass (Halophila beccarii) and a huge patch of Smooth ribbon seagrass (Cymodocea rotundata).

The most abundant seagrasses on Chek Jawa are Spoon seagrass (Halophila ovalis) and Needle seagrass (Halodule sp.). And on our trip, we noticed a huge explosion of tiny little brown balls in some parts of the meadows. We think they are baby Swimming anemones (Boloceroides mcmurrichi)! 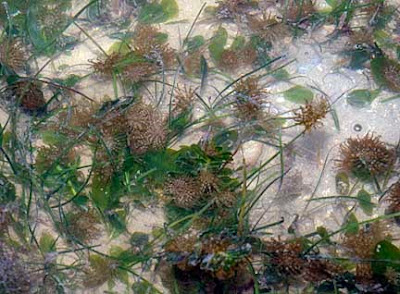 After monitoring, we had a quick look around. Chek Jawa is very much alive! 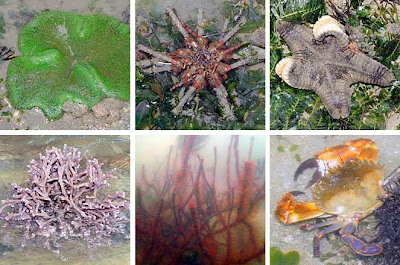 We left Pulau Ubin at sunset, which was spectacular! 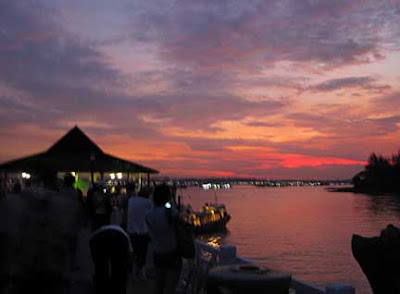 We had a very small team at Chek Jawa although the sign up was large earlier in the week. Many people dropped out due to sudden illness, other commitments or were simply just too late.

Fortunately these people made it for the trip: Vanitha, Marcus, Mei Lin, Emil, Amy, WenXin, with thanks to the transect leaders: Gao Xiao, Yunfeng, Yen-ling, Chay Hoon, Nadine; and Siti for looking after our science as usual, and Wei Ling who took care of all the transport logistics and was with us in spirit.

We also had the Singapore Poly water quality team with us: Ji Hua, Zhi Sheng, Catherine.

The tide tables for 2011 are out, and we will soon sort out the monitoring trips for next year!

More about what we saw at Chek Jawa:

This is a great work.This is very reassuring that the wonderful place is still alive.
We hope all the living organisms will survive here to keep the ecosystem lively and lovely.