Happy New Year from TeamSeagrass as we start our first monitoring session at Chek Jawa for 2010! 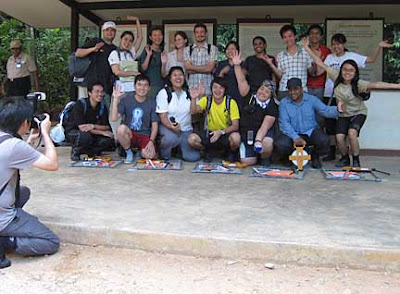 It was really nice to see some familiar faces back with us after a long absence. And we also welcomed some new members on the Team!

It was a warm but very windy day as we headed out to the seagrass meadows. There's a bloom of sea lettuce seaweed, all piled up on the high shore. 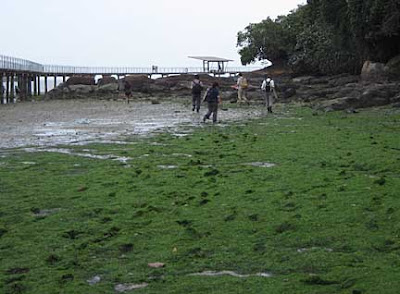 While the team doing the far far away Northern site head quickly out for this low tide window. 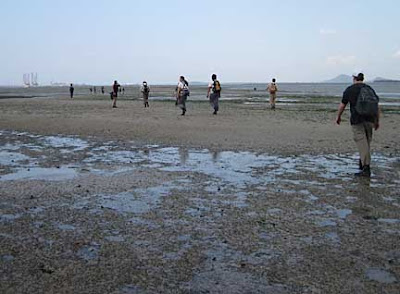 The team at the Southern site gets a briefing from Siti. 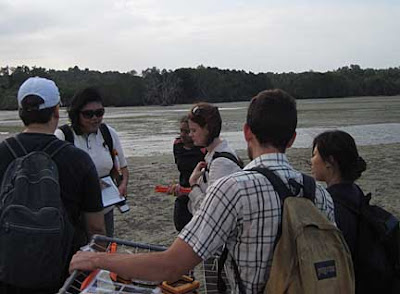 And we get right down to monitoring! 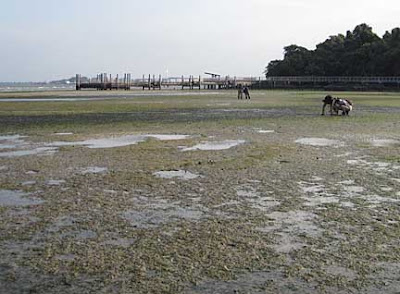 One thing we learnt: it's hard laying down the tape in the strong wind.

Wind=Stay Low
The trick in setting up in windy situations is to lay the tape down on the ground as soon as possible. Which means walking out in a crouch. We might not have paid attention at the time, but this is exactly how Rudi showed us how to do it when he and Len were here last year for international Seagrass Watch training at Chek Jawa. 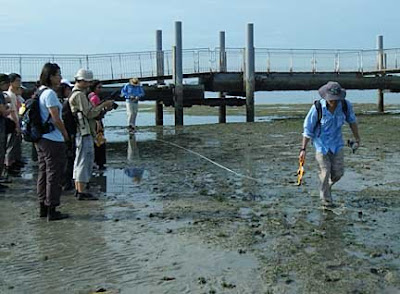 If we don't lay the tape down quickly, the long length starts flapping violently in the wind. The whine of the tape held high in the line next to me was quite scary: sounds like a helicopter taking off. The line might break. This will then lash you very badly. And of course make it difficult to do the monitoring. So STAY LOW and keep the tape DOWN when there's a strong wind!

Nadine and I did a line together and it was really bare! Oh dear. There's hardly any seagrass or seaweeds. 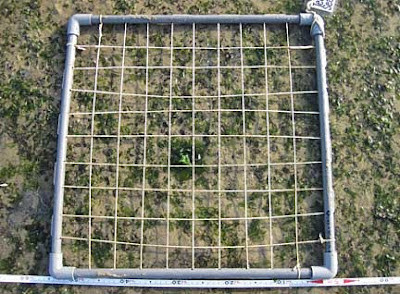 And full of these odd things which I think is some kind of algae or cyanobacteria. 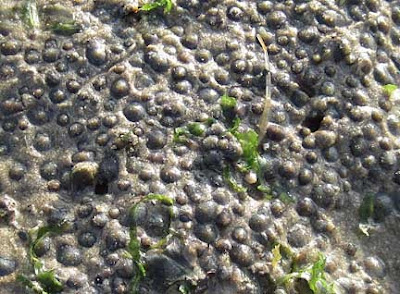 But not to worry, the seagrass meadows of Chek Jawa are doing just fine. It's just that our monitoring sites seemed to have missed the 'good parts'. But this is why our data will help show how seagrasses 'move' about on the intertidal.

Here's a much more lush portion of the seagrass meadows. And what's that over there? 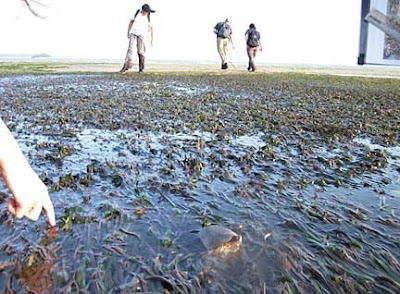 It's a big mama Noble volute (Cymbiola nobilis) that is laying her egg capsules! There were two of them nearby and the rest of the team saw many more too. 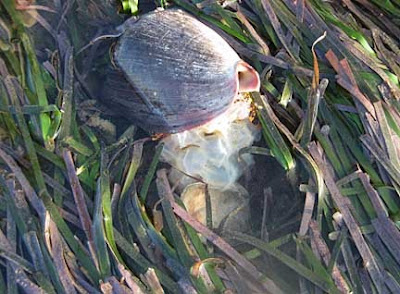 The shorebirds were out and about on Chek Jawa today! Here's the Northern team way way in the background with lots of shorebirds on the meadows between us and them. 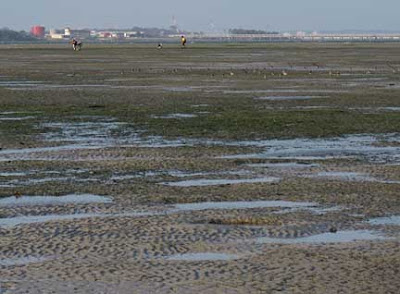 There were also lots of shorebirds on the waterline. See the white capped waves in the strong wind! 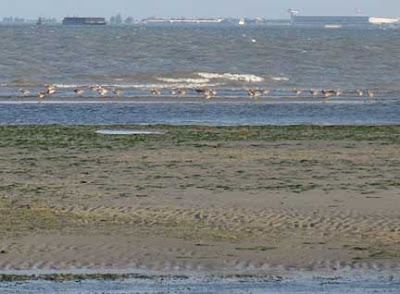 While we were monitoring, a few Team members led by Andy headed out to the shore next to House No. 1 to remove some abandoned driftnets. I tried to catch up to them to take photos of them at work, but missed them on the shore. 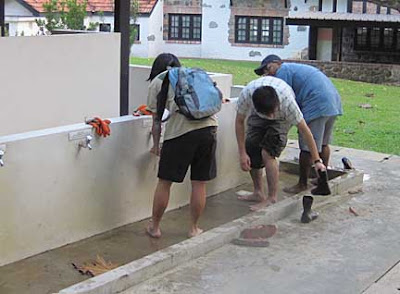 By the time I caught up with them, they were already done with the hard work and washing up. They dragged up 14 piles of driftnets! And there's still MORE to clean up! Oh dear. These are NEWLY abandoned driftnets as this part of the shore had already been cleared in Sep 09 as part of International Coastal Cleanup Singapore. Some of us saw these drifnets on the Dead Fish Patrol following the mass deaths of fishes at nearby Pasir Ris.

Andy shared some video clips of the hard work done by the volunteers.

Here's just one of the video clips. Visit his blog for more.

Meanwhile, Kok Sheng did a quick survey of Chek Jawa to see how it is faring. Kok Sheng did a study of the mass deaths at Chek Jawa in 2007 and is thus most familiar with such situations. He shared what he saw on his Chek Jawa project blog.

There are many threats to Chek Jawa and our shores. And much that needs to be done. You CAN make a difference. Join TeamSeagrass! Our annual orientation session is planned for March, so this is a great time to join the Team.

How to join? Simply email these details
(a) your full name
(b) your age
(c) your email address
(d) your contact number
(e) any previous experience
to Ria at hello@wildsingapore.com, please put "TeamSeagrass" in your subject header.

More posts about this monitoring session on these blogs