Siti and I monitor the seagrasses at Labrador early this morning. 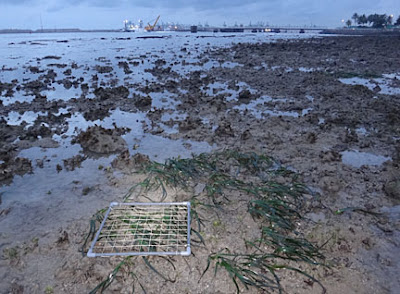 Labrador is one of the last few shores on the mainland with good growths of seagrasses, and it has been affected by the massive reclamation for the new Pasir Panjang container terminal (seen on the horizon in this photo). 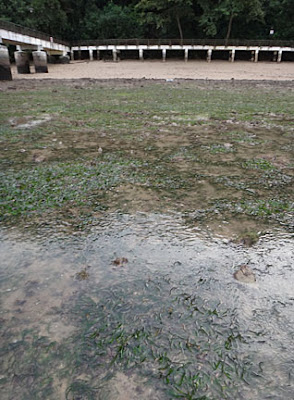 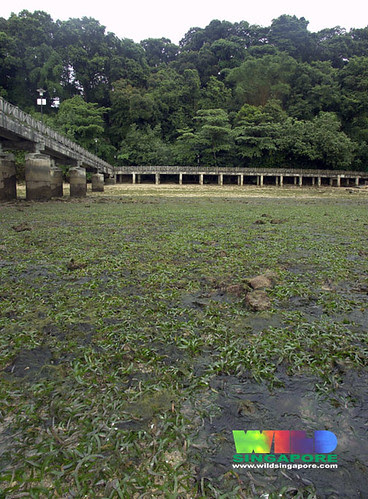 Here's some photos of the monitoring sightings in this area today.

I am particularly excited by the nice seagrass growths near the seawall. 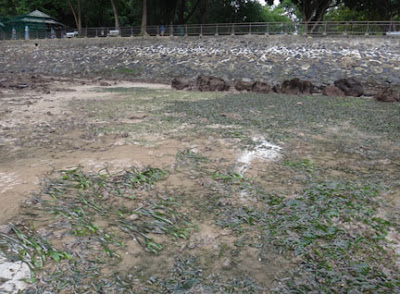 Here's a look at the seagrasses there with the 50cmx50cm quadrat for scale. 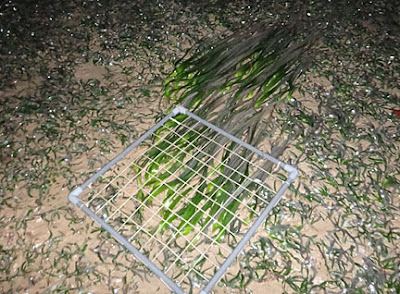 Here's a closer look at the nice healthy seagrasses here. The leaf blades are nice and long and big and mostly clear of epiphytes. 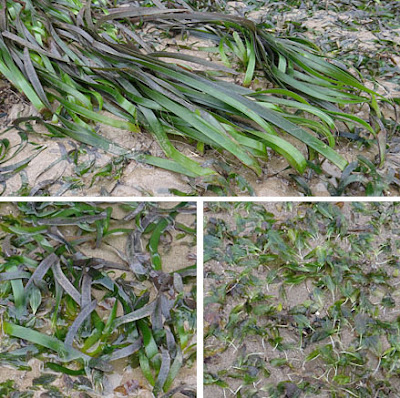 West of the jetty, the seagrasses are less abundant. And it shows in our monitoring.

There are some small patches of Spoon seagrass near the high water mark. 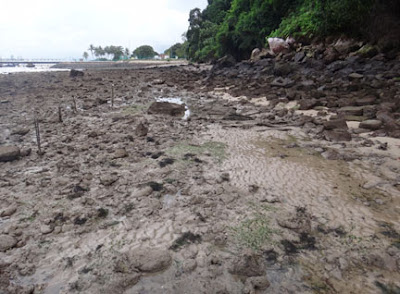 There used to be more seagrasses here as this photo taken in 2005 shows.

Further west and closer to the Pasir Panjang Container Terminal project, there is even less grass. 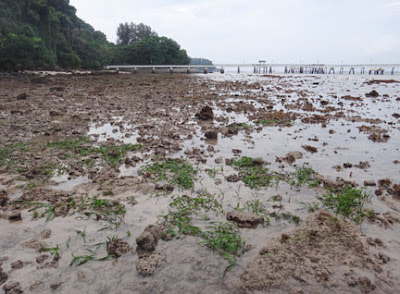 Some patches of the Tape seagrasses are cropped but not as short as those at Cyrene Reef. Here's what Len of Seagrass-Watch shared about why they might be cropped. 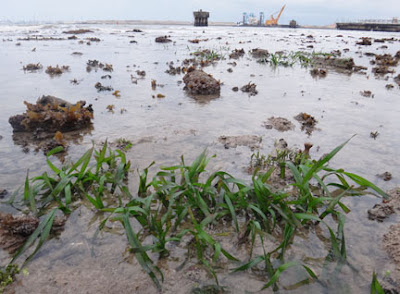 More about other sightings during the trip on the wild shores of singapore blog.
posted by Ria Tan at 7:22 PM