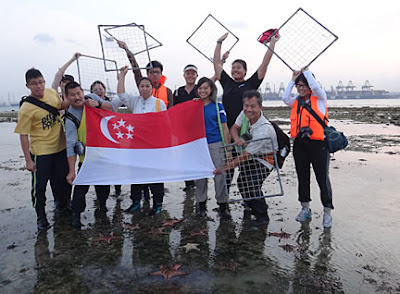 What better way to do so than on this amazing reef with vast seagrass meadows studded with lots of big Knobbly sea stars (Protoreaster nodosus)!

A special treat! Among the red Knobblies was a yellow spotted Pentaceraster sea star (Pentaceraster mammilatus). This sea star was first discovered on Cyrene Reef and is a new record for Singapore! 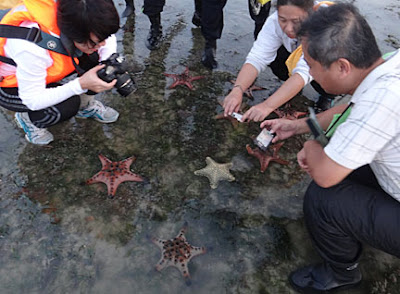 We arrived in time to enjoy a beautiful sunrise! This awesome submerged reef lies in the middle of the industrial triangle! After setting up for our monitoring, the team that arrived first had a quick look around while we wait for everyone to make safe landing. 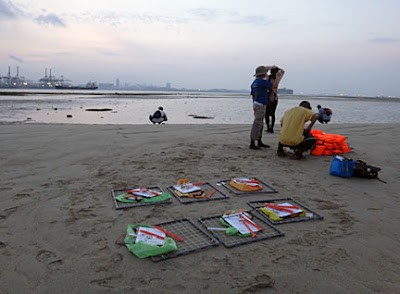 We then hurried over to our sites to monitor the seagrasses there. I did Site 2 and while there is relatively good coverage of seagrasses, the Tape seagrass (Enhalus acoroides) are still very short and cropped here. Often bleached and burnt on the tips. Other kinds of seagrasses found on Cyrene include Sickle seagrass (Thalassia hemprichii) which were also burnt here and there. The Noodle seagrass (Syringodium isoetifolium), Needle seagrasses (Halodule sp.) and Spoon seagrasses (Halophila ovalis) that we saw were alright. 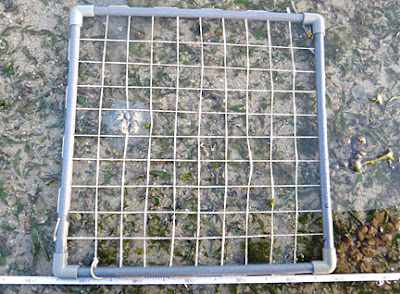 After the monitoring, I had a quick look around, in particular at the deep pool here that used to be full of long Tape seagrass. There are still lots of seagrasses at the edges of the pool. 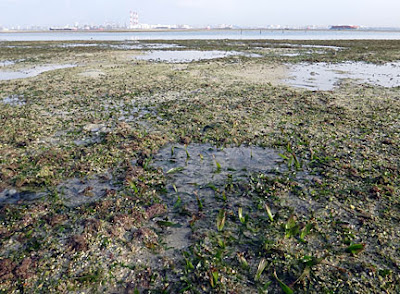 But in the deeper part of pool, it's very bare of seagrasses. Tape seagrasses here are still cropped short, with not much of other kinds of seagrasses. 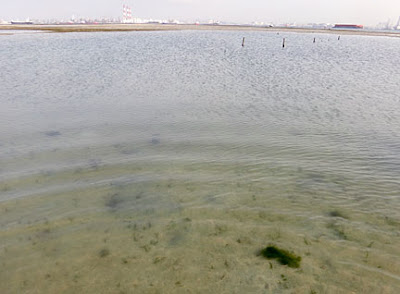 This is what the pool looked like in 2009, with Jeff and Collin of NParks doing a survey of the abundant variety of fishes found in the pool.

Today, for the first time in a long while, I did come across two small clumps of longer Tape seagrasses in the deeper part of the pool! 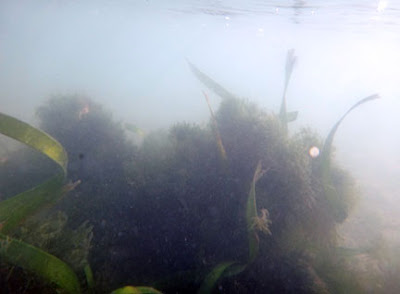 Both clumps were surrounded by thick growths of Hairy green seaweed (Bryopsis sp.). Len of SeagrassWatch during his trip to Cyrene in May 2012 suggested that the Tape seagrasses are cropped and burnt because the white sand in shallow areas may reinforce the heat. So perhaps the green seaweeds made it easier for these clumps of Tape seagrasses? Let's hope for the best! 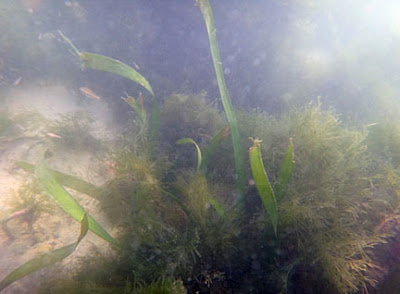 In shallower parts of the pool, the Tape seagrasses are still short and cropped, but there were other kinds of seagrasses growing there too. 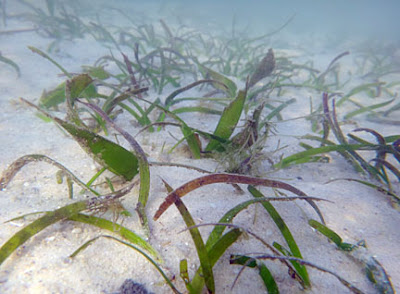 Elsewhere, on the sandy areas out of water during low spring tide, the Tape seagrasses are cropped short. 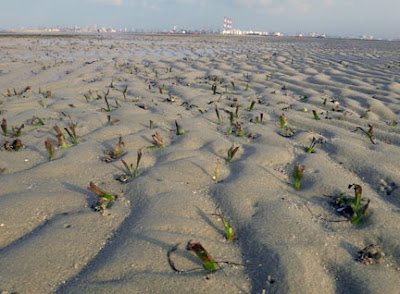 But in other parts of Cyrene, there were still lush areas of seagrasses. 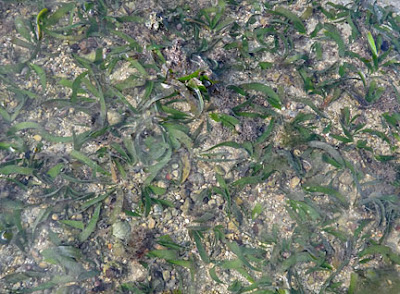 After the monitoring, the Team had a quick look around and spotted all kinds of marine life. Philip and Catherine spotted a pair of Longhorn cowfish (Lactoria cornuta) and octopuses. We also saw a small Giant carpet anemone (Stichodactyla gigantea) with one very shy False clown anemonefish (Amphiprion ocellaris) that was difficult to photograph. As well as all kinds of anemones, crabs, snails and more! Seagrass meadows are home to a bewildering variety of creatures! 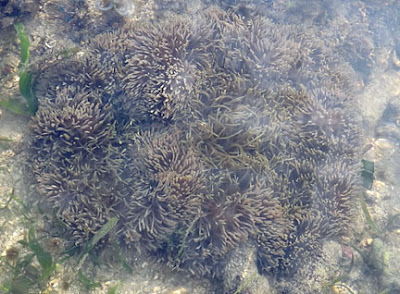 All too soon, the tide turned and we had to leave. Some of the team spotted Black tipped reef sharks coming in with the tide! 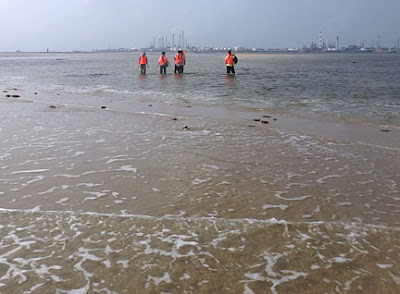 It was great to have with us today Jocelyne, Jonathan, Jerome, Chiu Ling, Philip, Catherine, Johnson,  Jose and Jia Ling. Thanks also to Siti the Science Lead for TeamSeagrass and Rachel from NParks for organising the transport and looking after TeamSeagrass.

More about Cyrene Reef and some of the outreach work for the Reef. TeamSeagrass monitoring is an important aspect of this effort! Here's more about how ordinary people can join the Team.

Posts by others on this trip