What better way to celebrate Deepavali than to do our last monitoring of Pulau Semakau for 2013! It looked like a promising day, with most of the afternoon showers cleared by the time we met up at Marina South Pier. Unfortunately, we had to soldier on without three of our TeamSeagrass troopers – Siti, Rachel and Nor Aisha – who were all down with food poisoning from a very suspect ban mian stall. 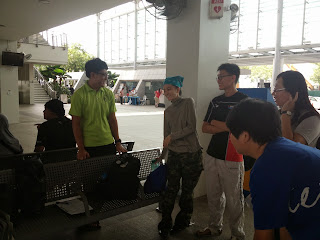 TeamSeagrass preparing to leave for yet another public holiday survey

That aside, the trip started without a hitch. We left the pier promptly at 3pm, and on reaching P. Semakau, were quickly whisked away to the hut near the field site by the vans provided NEA. I think everyone was pretty relieved that we didn’t have the walk all the way to the field site on such a warm day! After a quick safety briefing and a run-down of how to fill up the datasheets (thanks for stepping up Jonathan!), we were all ready to begin the survey. 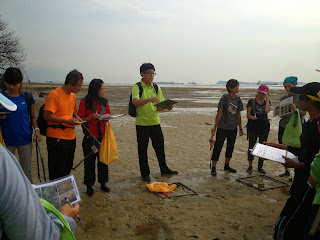 The tides were not very cooperative, and the water was still a bit high when we started, making it difficult to ID seagrass and estimate cover in some areas. 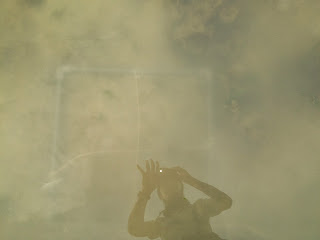 You can barely see the quadrat!

The algae were also beginning to bloom, with masses of Sargassum sp. and Padina sp. growing among the seagrass. In large quantities, algae can compete with seagrasses for nutrients and light, and can affect seagrass growth. However, these blooms happen regularly every year, and the seagrasses seem to be able to cope with this short-term disturbance. 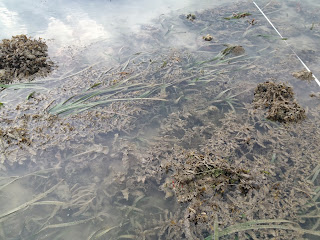 The heavens did threaten to rain down upon us halfway through the survey, but decided that our monitoring efforts were so commendable that we deserved a cool breeze and a pretty sunset instead. 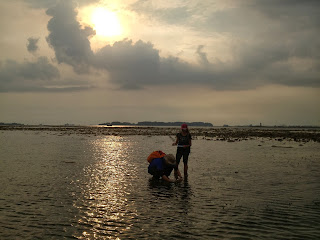 Too hard at work to notice the weather 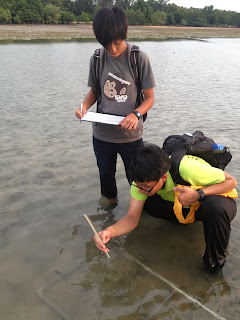 While seagrass monitoring was hard work, people were happy to be out in the field and not cooped up at home! 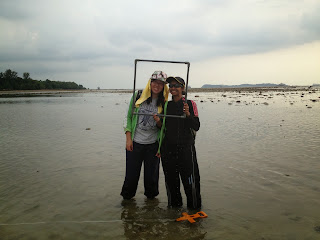 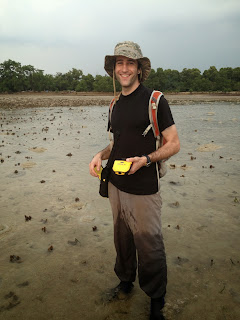 Even Jimmy was happy to get out to do some GIS work!

As the tide was rather late, we didn't have much time to explore before it started to get dark. But we did find some rather cool animals, including the very aptly named conspicuous sea cucumber (Opheodesoma spectabilis). 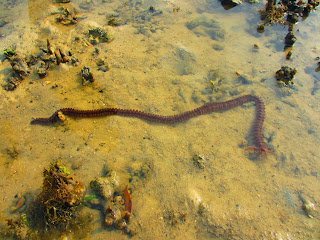 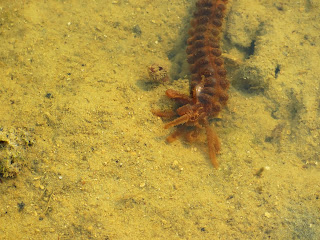 Modified tube feet that it uses to feed

By the time the sun had set, we were on our way back to Marina South Pier after another successful monitoring trip. Many thanks to all who came made this monitoring trip a great success!

Photo credits to Boon Seng for the photos and ID of the sea cucumber.

Also check out Johnson's pictures for this fieldtrip.