The Team is out in full force today with nearly 30 people to monitor the beautiful marine meadows of Chek Jawa.

Besides the usual team, we also had Dr Dan Rittschof of Duke University with us to consolidate the findings of work done by Kok Sheng on the mass death on Chek Jawa in early 2007. Siva and Airani also came to help Dr Dan do the survey. The film crew were also with us again.

There were plenty of hands to help out today. 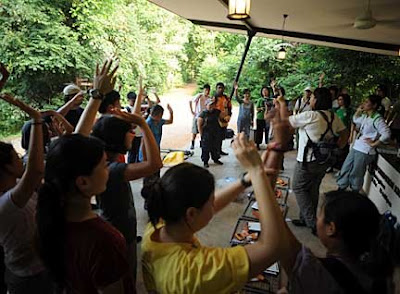 After a quick briefing, we all headed off to do the check up on Chek Jawa. 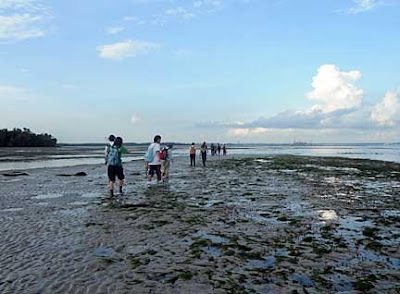 Half of the team headed out under a blue blue sky to the far far Northern sandbar. 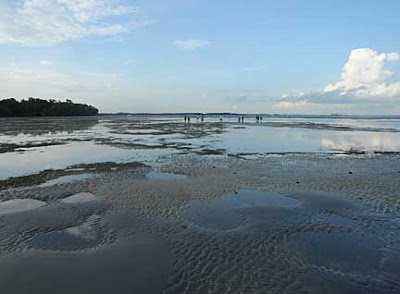 It's quite a long walk! 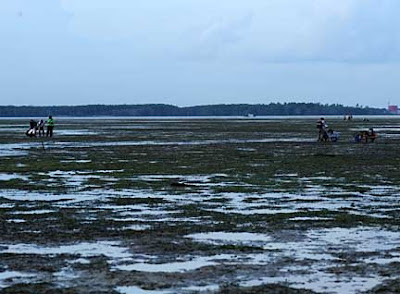 The other half did the site closer to the shore. 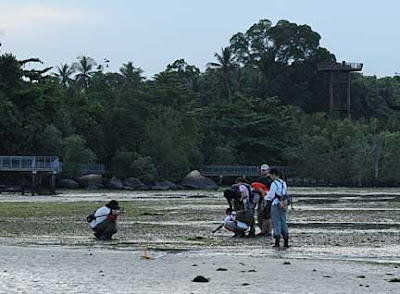 All too soon, the job was done, and Siti takes a group photo of some of the Team, with the Chek Jawa boardwalk and viewing tower in the background. 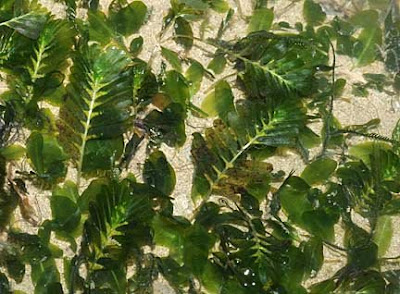 Fern seagrasses are made up of tiny little leaflets.

Because Chek Jawa is so lush, it's important to look carefully. Not all leafy things are seagrasses. 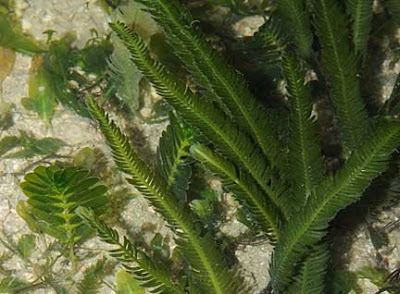 The long feathery green things on the right are a green seaweed (Caulerpa taxifolia). 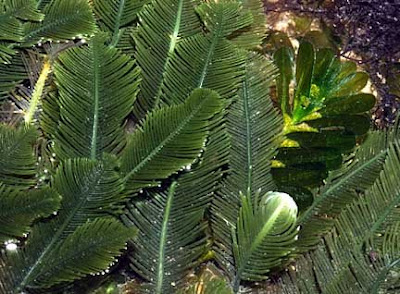 While these fine feathery green things are another kind of green seaweed (Caulerpa sertularioides). 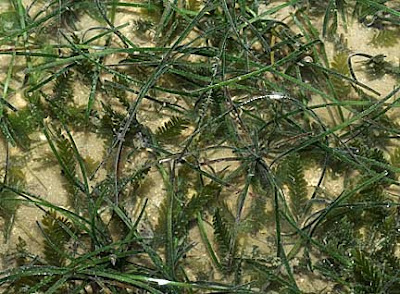 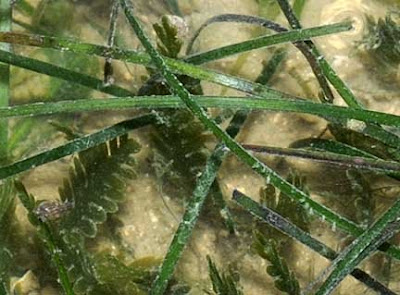 Again, a closer look is important, because the feathery stuff is a green seaweed (Caulerpa mexicana).

The Ribbon seagrass (Cymodocea rotundata) is only commonly seen on Chek Jawa. It has a smooth rounded tip without serrations. Here you can see the difference between seagrasses with and without epiphytes (stuff growing on the leaf). The patch of Ribbon seagrass at Chek Jawa has expanded tremendously!

Another special seagrass seen on Chek Jawa is Beccarii's seagrass (Halophila beccarii). This tiny seagrass has long small leaves emerging in a rosette. So far, we have only found it on Chek Jawa and Sungei Buloh. One other seagrass found on Chek Jawa is the Sickle seagrass (Thalassia hemprichii), but I didn't go to the area where it's found and thus missed taking a photo of it.

Seagrasses and the seaweeds that are entangled among them, provide hiding places for all kinds of tiny animals. Many are well camouflaged, like this spider crab (left) and elbow crab (right). 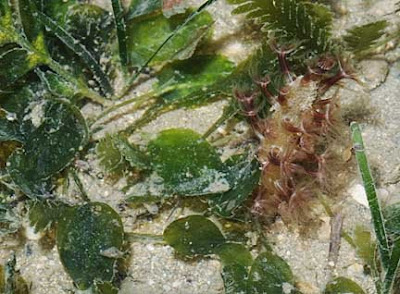 The roots of seagrasses stabilise the sediments allowing small burrowing animals to settle down. Like this tiny sea pen. 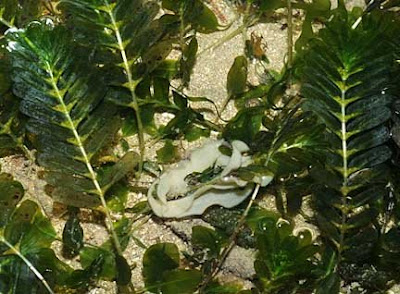 Seagrasses are an important nursery for all kinds of animals. Eggs are often laid on and among seagrasses, like this white ribbon of eggs. 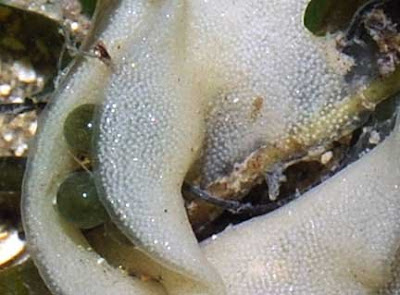 Here's a closer look at the egg mass with the tiny eggs embedded in the ribbon. 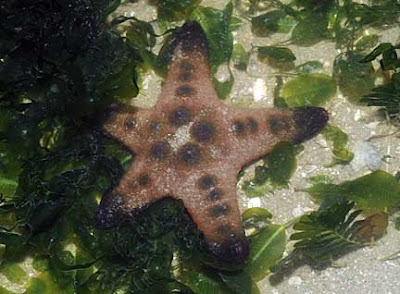 The most exciting find of the day were several small baby Knobbly sea stars (Protoreaster nodosus) in the seagrass meadows! This is the first time for me to see babies on Chek Jawa! We were fortunate today to hae the Star Trackers with us and I'm sure they will post more about these finds.

There were lots of other sightings too! Here's some sightings on the wild shores of singapore blog and the Chek Jawa project blog by Kok Sheng.

We stayed on till a little after sunset and everyone made it back safely. Thanks to Lilyana for taking care of the head counting and looking after this huge group all the way there and back. Thanks everyone, for another succesful monitoring trip: Lilyana, Dawn, Kenerf, Vyna, Mizuki, Jocelyne Sze, Chay Hoon, Dewei, June, Anuj, ShinYee, ShinYin, Hannah, Suryati, Steve, Andy, Kah Ming, Edwin, Suizlyn, Michell, Nor Aishah, Robin, Chun Fong. And it was a treat to have Dr. Dan, Airani, Siva, Kok Sheng, Chee Kong and Sijie join us too.
posted by Ria Tan at 7:28 AM